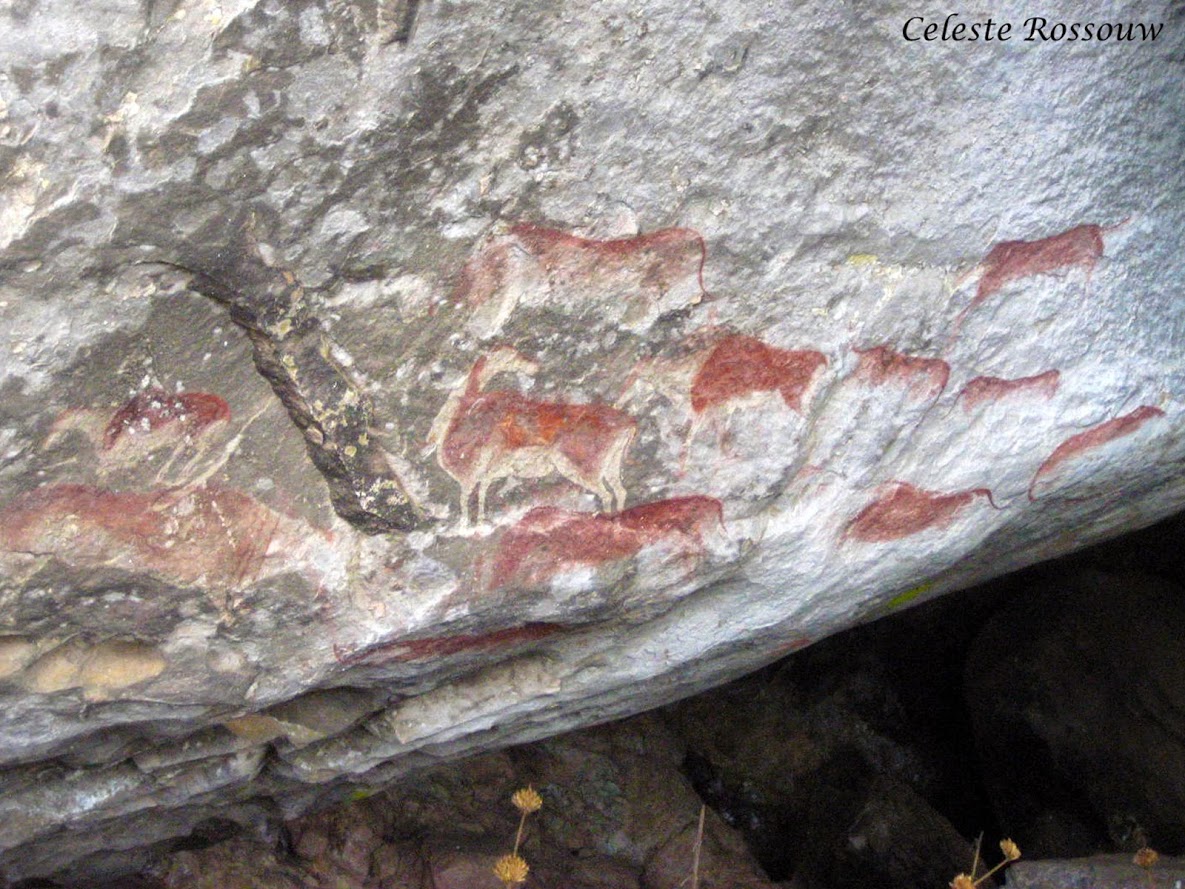 Ikanti #3 is in the Cobham area.

Interpretation by Celeste Rossouw: The painting shows a large herd of eland. The Bushmen mainly painted eland in large herds while rhebuck were painted as being part of smaller family groups. Symbolically, eland herds represent the aggregation phase of social life, when small Bushman bands came together in the summer to form large groups, since food was plentiful. This is also the period when the most rituals were performed and when caves were painted. Smaller groups of rhebuck symbolise the dispersal phase of Bushman social life during winter when food was scarce and when groups divided into small families.