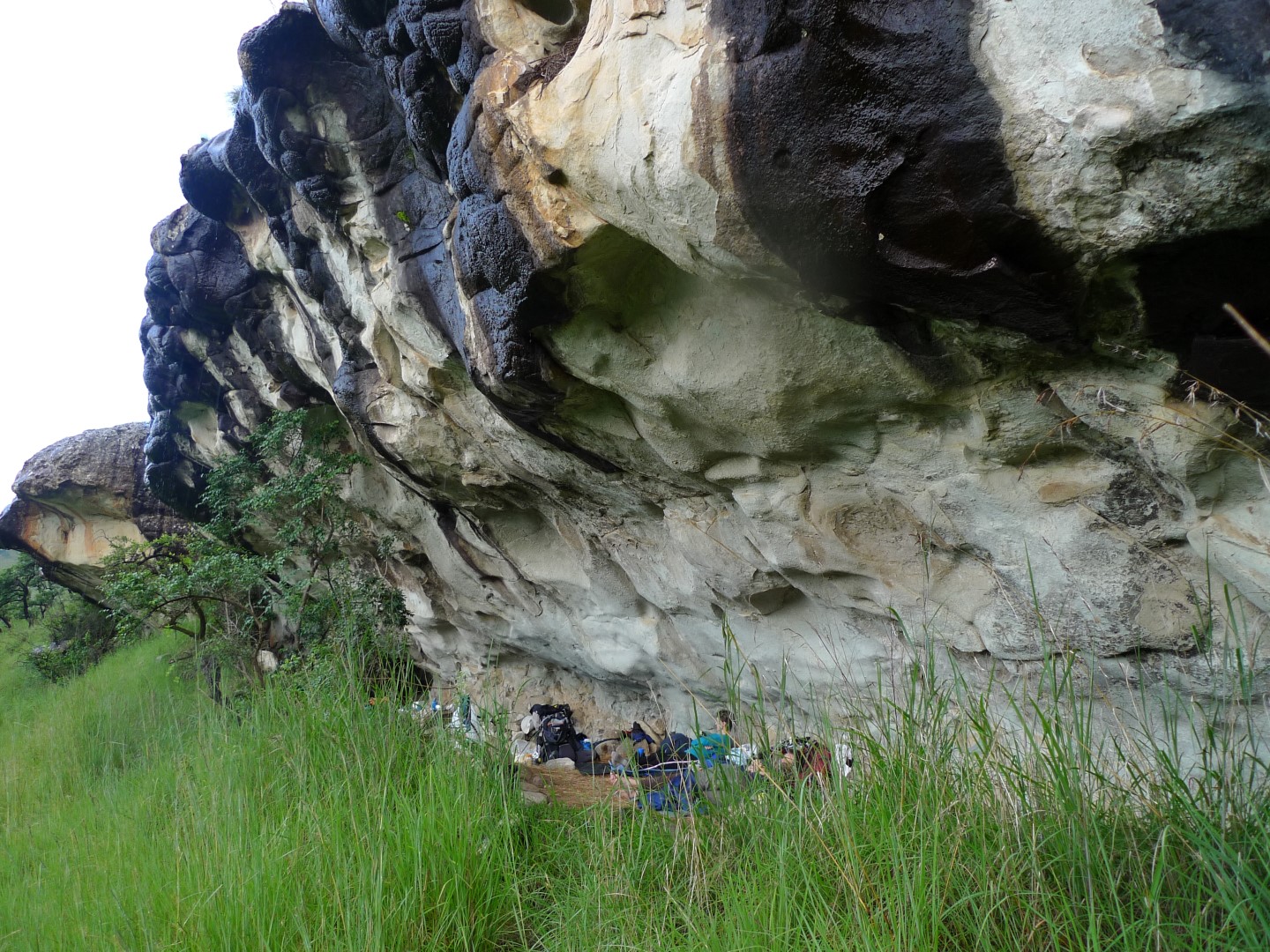 This valley lies between the Champagne Valley and Injasuti, and can be accessed after a long walk from the R 600 just below Champagne Castle Hotel. This is private property so access is only by permission of the owners. It can also be reached from Injasuthi camp. Travelling North from Injasuthi following the path around the edge of Compensation Hill there are 2 painted sites on loose rocks on the bottom ridge a well preserved painting in each with signs of other paintings that have now faded.

Following this path in a northerly direction one reaches Wonder valley. There are painted sites along the sandstone ridge next to a small waterfall. From there, there is a small ill defined steep path up the ridge to the top of the Little Berg and Wonder Valley cave, a magnificent cave for an overnight. It may also be reached from Injasuthi camp via Van Heineken’s Pass. There are several painted caves in the area aptly named Wonder Valley 6,7 & 8. Two of the caves have faint images left and must have been magnificent in the past. The paintings in the final cave have all but disappeared.

The caves are difficult to find even with a GPS as they are in an undulating area and in a rock band on the eastern slope.  Luckily due to their remoteness there has been no vandalism or graffiti.