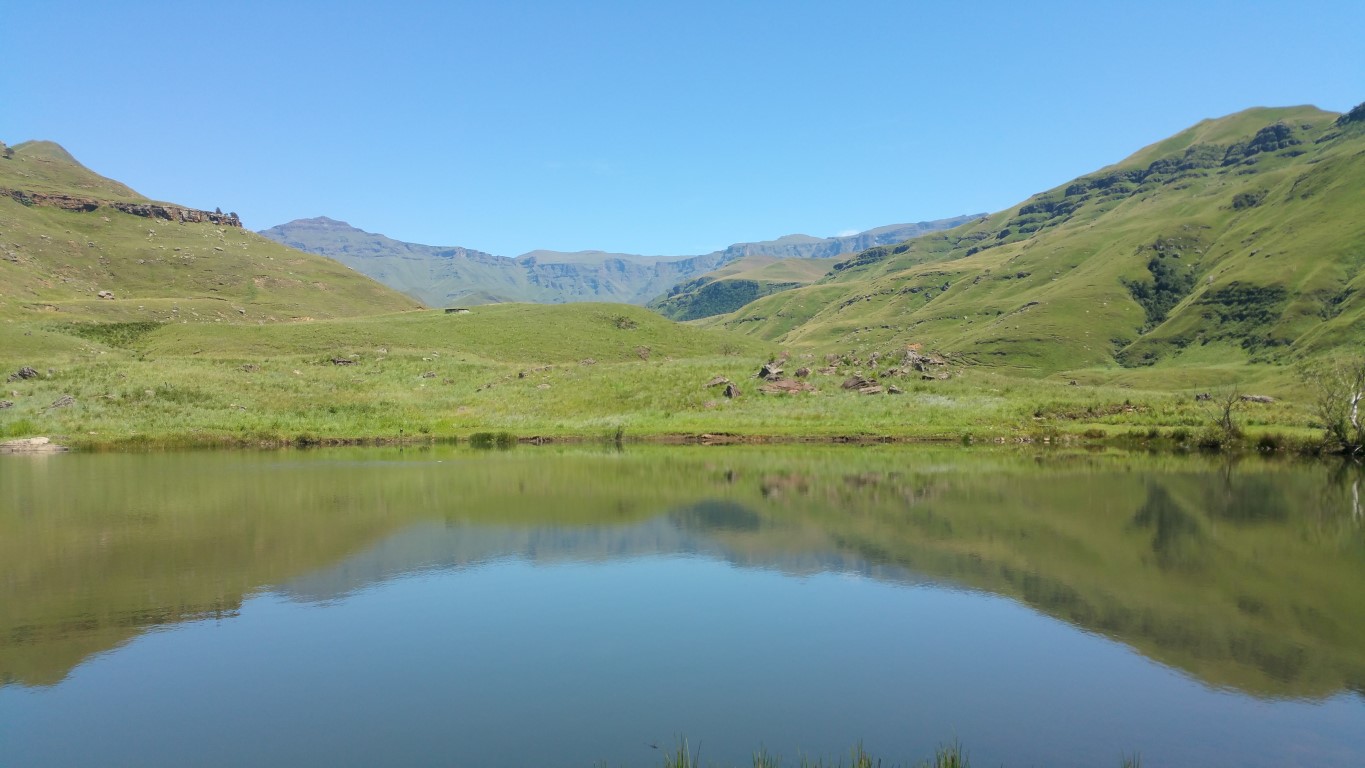 Situated in the southern section of the Maloti Drakensburg Park, Lotheni is noted for its magnificent scenery and hiking. The reserve is 3 984 ha in extent.  Situated in a spectacular section of the Maloti Drakensberg Park, the main activities revolve around mountain hiking with many scenic trails. The Emadundwini Trail (12 kilometres) is highly recommended and other hikes include the Eagle, Falls, Canyon and Jacobs Ladder Trails.

The Gelib Tree Mountain Bike Trail (8 kilometres) winds past breathtaking views with the historic Gelib Tree en-route. The bird list has 172-recorded species and 16 kilometres of the Lotheni River is stocked with brown trout for the enjoyment of fly-fishermen. Lotheni campsite lies in a beautiful setting with fourteen caravan and/or tent sites. Four sites take small caravans only and seven take tents only. All campsites have their own barbecue facilities with firewood available for sale. Coldwater taps are shared and there is no electricity. The ablution block has hot water and dishwashing and laundry facilities. 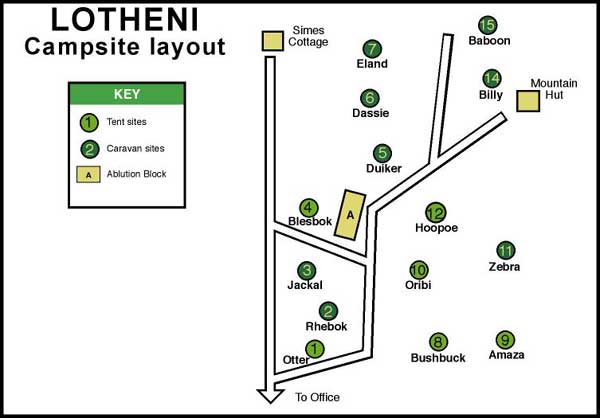 Activities (Ezemvelo)
Settler's Museum
Visitors should make a point of visiting the Lotheni Settler’s Homestead Museum. An interesting collection of early settler farming implements and home utensils is on display at the old Root homestead, which has been restored and refurnished in the style of the period.
Directions
From N3 south follow the route via Underberg and Himeville, after which the tar ends. The reserve is 45 km from Himeville on a dirt road. From the north, follow the route via Nottingham Road. Turn left at the Nottingham Road police station onto the Sani Pass/Vergelegen road. ± 62 km from Nottingham Road, turn right at the Lotheni Store. The entrance to the park is 10 km from this point.
Operating Hours
Summer ( October to March ) 05h00 to 19h00
Winter (April to September ) 06h00 to 18h00
Office Hours:
The office is open from 08h00 to 12h30 and from 14h00 to 16h30
Print |  Close this window