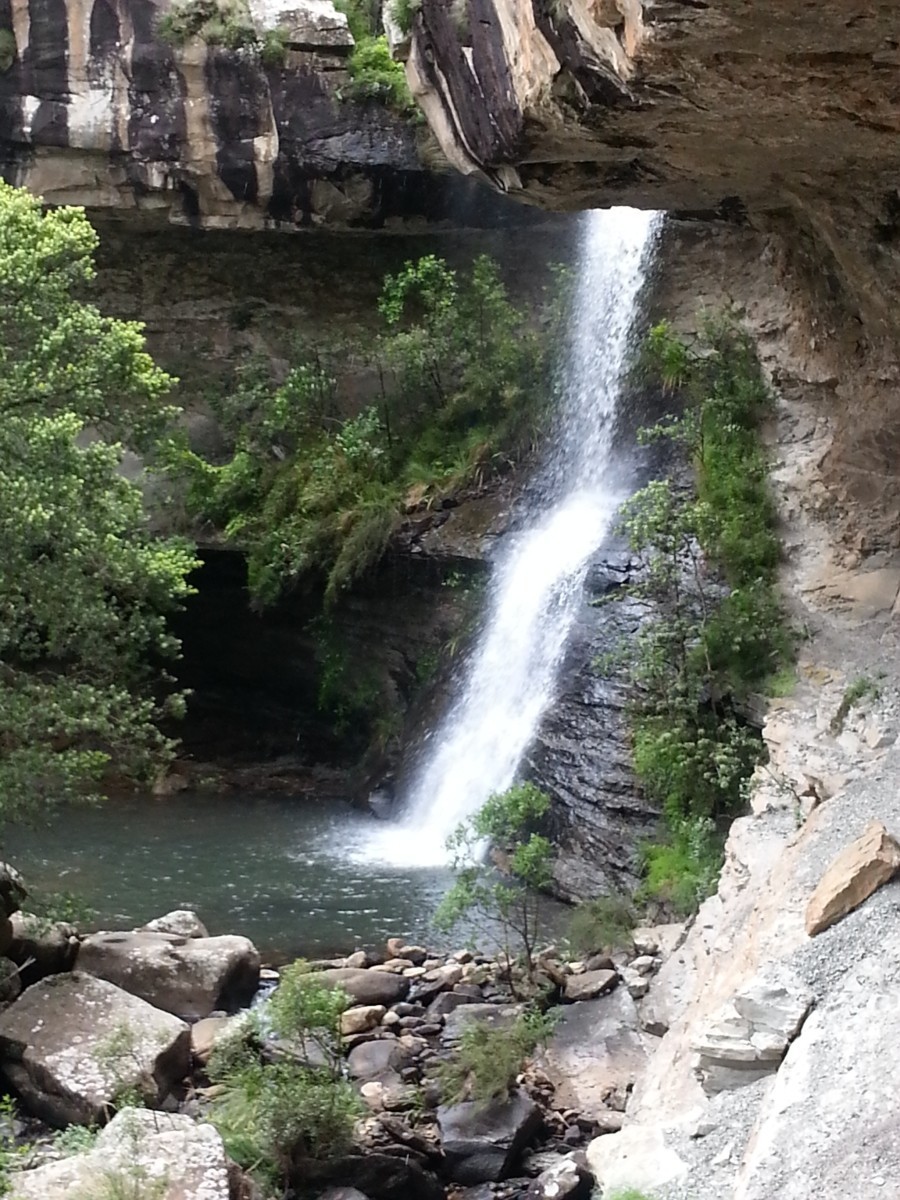 Aasvoelkrans Cave accommodates 8 people and is approximately 4.2km's from the Highmoor Reserve parking area. This is an easy hike. The cave itself is a "double story" cave and sleeping would generally be at the bottom cave.

There is a steep drop from the top cave and a climb down from the bottom cave to the lovely pool and waterfall. For these reasons this cave is not suitable for young (under 10) children without supervision.

This is a comfortable cave, although quite sandy as most caves are and quite a bit of loose gravel. Water supply is plenty all year round and the cave is well sheltered from strong winds and rain. 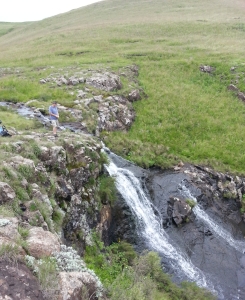 From the Highmoor Reserve car park head North West towards a gate and turn right at the sign. After 250m going downhill cross the stream over a wooden bridge and after another 250m further along the path after the stream crossing take the path to the right which leads to the small Kamloops Dam wall.  Once past the dam, take the left path which leads gently uphill.

Once over this small hill you begin to slowly go downhill and then cross a stream (2.2km into the hike), a waterfall can be seen to the right where you cross the stream (picture alongside).

After the stream crossing the path turns right (East) alongside the hill in front of you. Follow the path and just before it ends is a steep path with steps winding down the hill towards the stream and Aasvoëlkrans cave. To return go the same way.