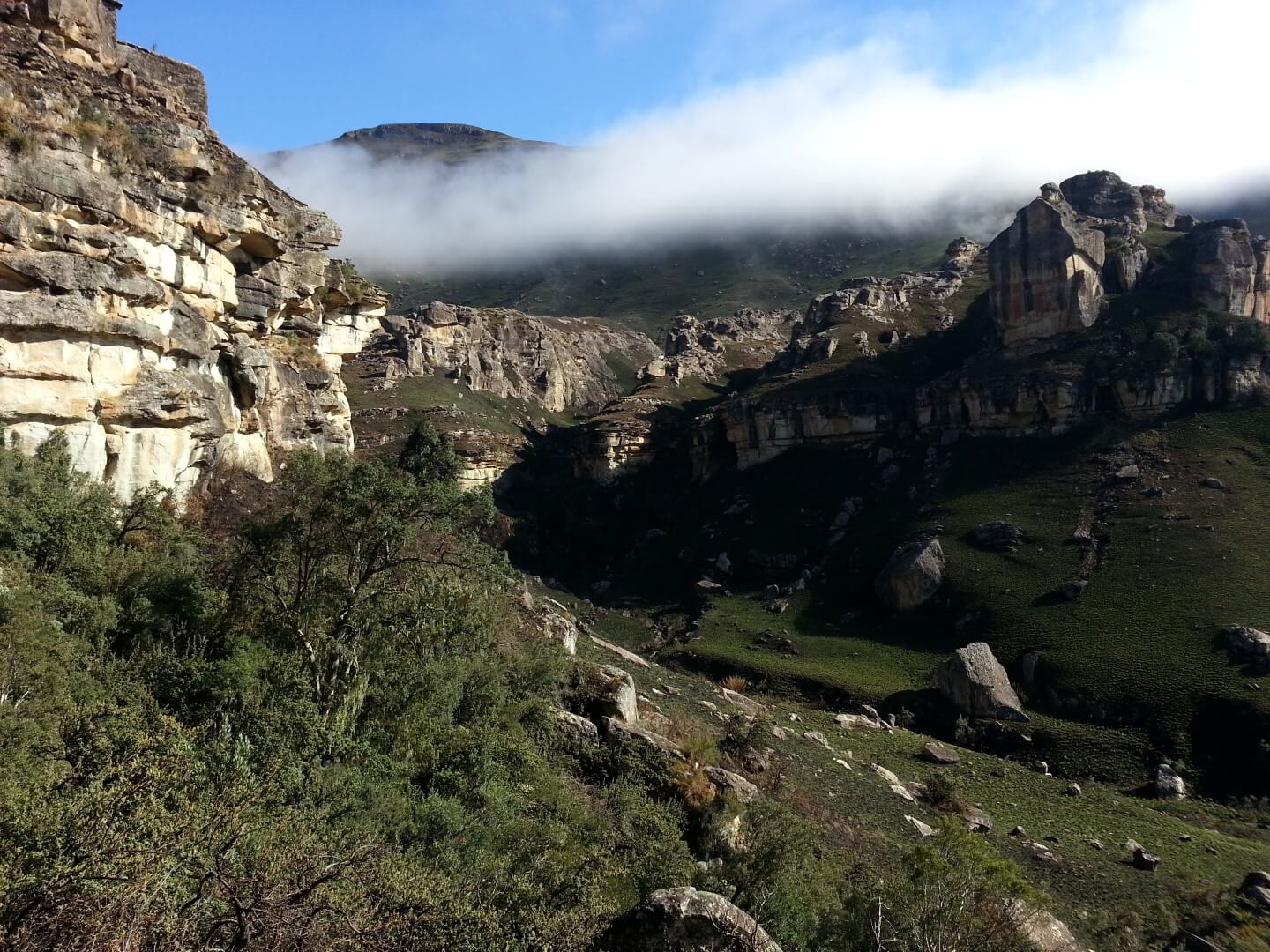 Gxalingenwa Cave Hike is a relatively easy two day hike in the Southern Drakensberg. On the hike you will pass Pinnacle Rocks, where the San Rock Art depicts spiritual ceremonies and the Sharma's transformation to other forms.

The Gxalingenwa Cave is also one of the most beautiful, surrounded by an indigenous forest and with a large waterfall cascading over the front of the cave! With many places to swim along the way and in the Gxalingenwa Stream below the cave this an ideal summer hike.

Caution: You need to cross the Pholela River, which after big storms becomes a raging torrent. If the river is flooding do not cross at the point described in this route but rather take the alternative route that turns left 1 km above the river and then meanders down to the Giant's Cup Trail and over the suspension bridge to Cobham.